The Rising Cost of Care
January 1, 2022
Here we discuss some sources of stress for seniors and their families when they find out they need professional care and offer ways to relieve that stress. 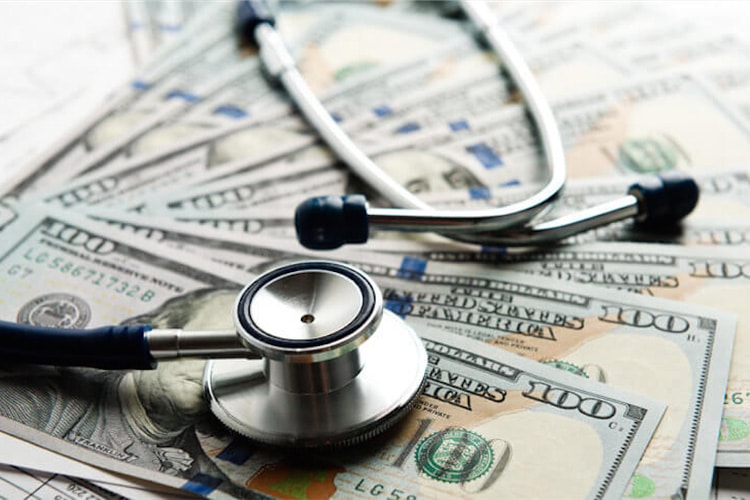 Most people are not as afraid even of death as they are of having to live in pain and suffering in their later years. Many age-related diseases such as Alzheimer's make it difficult for senior citizens to tend to their most basic needs. Many senior citizens also have other diseases that require proper care and assisted living. The best option for most people in this situation is long-term in-home care. But this option barely seems viable when you consider it from a financial perspective..

Due to many economic factors, including inflation and the dependability of pension plans on economic growth, the cost of in-home care has consistently been increasing in the last few decades. In 2019 alone, the cost of homecare services increased by more than 7 percent.

The pandemic of coronavirus has added on top of these another factor to increase the cost of in-home care services. On the one hand, the blow to the world economy that the virus caused has raised the cost of services in general. On the other, the increased need for healthcare workers during the pandemic has further increased the cost of health-related services. The following figures may give you some idea about how much does private home care cost in Oregon.

In Oregon, the cost of assisted living averages to about $5,000, with the average in Eugene being $4,400 and that in Portland being $5,300. But the need for in-home healthcare is expected to increase by 36% per cent by 2028 from what it was in 2018. This figure is far higher than the expected growth in most other professions. Other factors being equal, a 36% per cent increase in demand implies a very large increase in cost.

But recent innovations in healthcare financing have made availing healthcare services much easier than it would’ve been otherwise. Statistics show that about 75% of all in-home care costs are financed out of pocket, whereas only about 25% is financed via insurance, Medicaid, and Supplemental Security Income combined. But there are many ways around it, and the out-of-pocket costs can be brought down by a significant amount. There are also a number of retirement communities in Eugene Oregon that can help.

Knowing all your options can save you from spending more than you have to and can help you find the best possible care. We can provide you with all the information you need about assisted living in Oregon and all the options you have, depending on your specifics. We don’t charge you any amount for any of the services we offer.

How Stress Can Worsen the Quality Of Life

Finding out that you or your loved one is going to have to move to a home and live away from your family can be stressful enough already. The perpetually worsening healthcare system and the subsequent rise in the cost of long-term in-home care can prove another independent cause of stress.

But stress isn't passive; it has a negative impact on physical health, mental health, and overall quality of life. When you're in a condition to need assisted care, being stressed about how much do assisted living cost is the last thing you want.

When you’re stressed, your body releases a hormone called cortisol. Since it’s released due to stress, cortisol is more commonly known as the stress hormone. Cortisol fundamentally alters your physiology and triggers what's called the fight or flight response. In this state, the body is more energetic and the brain is more focused, but at a very high cost. The original purpose of the fight or flight response was to run from predators, which made the negative effects a good tradeoff. But in modern life, there is nothing to gain from this response.

Elevated levels of cortisol raise your blood sugar level, your blood pressure, your heart rate, and trigger a number of other physiological changes that are really bad for health. Cortisol can worsen our condition if you have diabetes, heart disease, or any major age-related disease. Cortisol also causes cognitive decline and can result in or worsen Dementia and Alzheimer's Disease. If you're looking for a memory care community, your loved one probably has one of these.

Difficulties of Caring for Seniors

In general, people suffering from chronic age-related diseases require more intensive care than people with no serious conditions. Tragically, the conditions that make senior citizens require such intensive care also tend to make them less able to take care of themselves. Taking proper care of seniors can be quite difficult for people with a day job for many reasons, some of which are more obvious than others.

Professional care allows older adults to live their final years in the piece instead of in pain and suffering. Here are some of the complications of caring for seniors and how professional care can help.

Matthew Walker, the author of the popular science book "Why We Sleep," deems the lack of proper sleep as the primary cause of dementia. "Being awake is low-level brain damage," he says. According to his studies and studies conducted by others, when we're awake, our brain is continuously being damaged. But when we go to sleep at the proper time and sleep properly for seven to nine hours, the brain heals itself, reverting to its original state.

Most older adults are not able to get proper sleep. In fact, the amount of sleep a person gets has a negative relationship with their age. Although we need more sleep when we're young, the need for sleep does not decline after we hit puberty. This implies that the lack of sleep we get as we age may be what fuels the progression of dementia. A lack of sleep may be the reason many seniors have to eventually move to adult day care.

Because memory and sleep have such a direct relationship, a memory care community has to be particularly careful with sleep. There are many factors that contribute to better sleep and many that can worsen sleep. With senior citizens, there are more ways to go wrong. The most notable is lighting. The next two complications discussed are related to sleep but are major enough that we decided to allow them their own sections.

The circadian rhythm continuously attempts to correct itself based on the time of the day. When you wake up and blue light from the sun enters your eyes, the circadian rhythm confirms that it’s early morning and time to be active. It accordingly increases serotonin levels which makes you feel wakeful and energetic. As it starts to get dark, the amount of blue light incident on the eyes decreases, and the circadian rhythm confirms that it’s nighttime. Accordingly, your brain signals the release of melatonin (which has quite the opposite effects of serotonin), lowering your heart rate and body temperature and making you feel sleepy.

For most of human history, there were no electrical sources of light, and most of the light our eyes would get exposed to was that from the sun. But the advent of other sources of blue light has made it possible for the blue light to enter our eyes even at night. Our brains haven't had enough time to adapt to this change. This means that blue light from fluorescent lights and screens can mess with our circadian rhythm, tricking our brain into thinking it's daytime when it's night time. This keeps the brain brim releasing melatonin even at night as the brain still thinks it's daytime, resulting in difficulty sleeping and poor quality sleep. As we get older, we get more susceptible to this, and hence, senior citizens are the most likely to have difficulty sleeping. Lack of sleep and poor sleep quality result in cognitive decline, which, for older adults, means that they start forgetting the names and faces of those closest to them. Parts of them gradually die when they're still physically alive.

Sleep and memory have a strong relation. Hence a good memory community is careful about the amount of blue light the eyes get throughout the day. In a good memory care facility, seniors are exposed to blue light in the morning to induce wakefulness. Some memory care communities do this by allowing sunlight in during the day, while others have bright light sources inside the community.

Sunlight that enters the communities is always filtered via UV reflecting glass. This is because seniors are more likely to get skin cancer from UV radiation from the sun.

Seniors usually have multiple age-related illnesses for which they take different medications. Many of these medications can interact with each other, resulting in undeniable side effects. Hence, drugs are properly scheduled to minimize any potential interactions. Some drugs are only administered based on the situation, such as blood thinners, and hence, are not included in the schedule. But, if such drugs have potential interactions with other drugs, the person responsible for administering the drug has to make sure this drug is not administered in combination with other interactive drugs. Hence, even proper scheduling is not enough. Active decisions have to be made to ensure optimal health. Since most seniors are also suffering from memory decline, a caregiver has to schedule drugs properly.

Memory care communities are also careful about scheduling certain medications that may impact the serotonin/melatonin cycle. Selective serotonin reuptake inhibitors (SSRIs), for example, slow the depletion of serotonin in the brain, making people more wakeful. But the drug takes some time to absorb into the bloodstream. If an SSRI is taken in the morning, it may make it difficult for seniors to fall asleep at night and hence is administered at night to give a boost of energy the next morning.

Many medications such as Glucophage need to be at a certain concentration in the blood in order to work. Such medications have a half-light of close to or more than 24 hours and need to be administered at the same time every day. Some of these medications, such as Lexapro, make the body adapt to a certain concentration of the drug in the blood plasma. This means that missing a single dose can result in withdrawal symptoms and may even be harmful.

Seniors need timely administration of drugs, and those that cannot remember to take medications on time need a caregiver or a memory care nursing home.

Seniors have a different and more fragile metabolism than younger adults. But what’s more important for most seniors is heart health. Heart disease is the most common cause of death in the world, and it’s responsible for every 1 out of 4 deaths in the US. However, that figure only falls short of indicating the actual number of seniors that have plaque in their arteries.

Studies show that almost all adults raised on an American diet have plaque in their arteries, and the first stage of heart disease is present in most people at the age of 10.

This means that almost all seniors are at risk of dying from heart disease. The good news is that studies also show that health disease can be halted if cholesterol-laden foods are restricted. Heart disease can also be halted by minimizing the consumption of trans and saturated fats. Adult day care communities give seniors heart-healthy diets that are also full of all the nutrition seniors need.

In-home care and adult day care communities can significantly improve the quality of life for seniors. But, we understand that these can be quite costly. We at Oregon Seniors Transitions can help you find resources to pay for care and provide you with all the information you need without charging you anything.